Close Encounter Of The Wolf Kind

Well, today was slightly surreal! The postgrad society in my department arranged a trip to the UK Wolf Conservation Trust, which has absolutely nothing to do with my PhD project, but sounded like something I  definitely needed to go and see. It was not quite what I expected, as I assumed they would have some sort of breeding and rehabilitation program, but it was still a really interesting and informative day. The main purpose of the Trust is to educate people about conservation of wolves, in particular, changing attitudes towards the animals, as they are generally thought of as aggressive and dangerous, and therefore unable to live peacefully with humans. This is done by using 'ambassador' wolves that are comfortable with people. After an initial introduction, when the wolves checked everyone out in a line-up, we went for a walk, then all got to individually meet and stroke one. 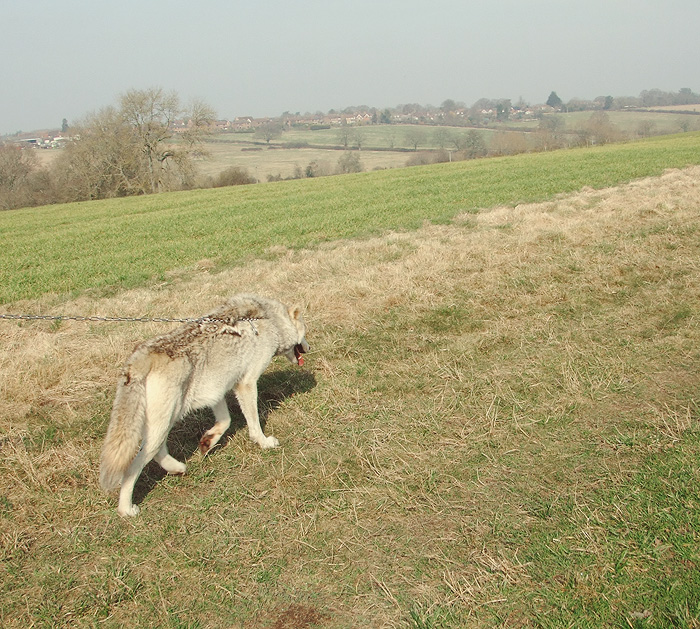 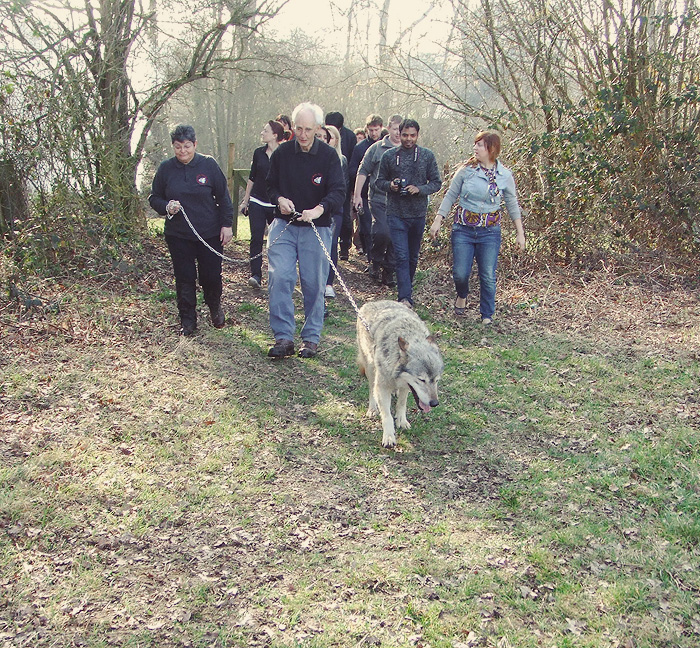 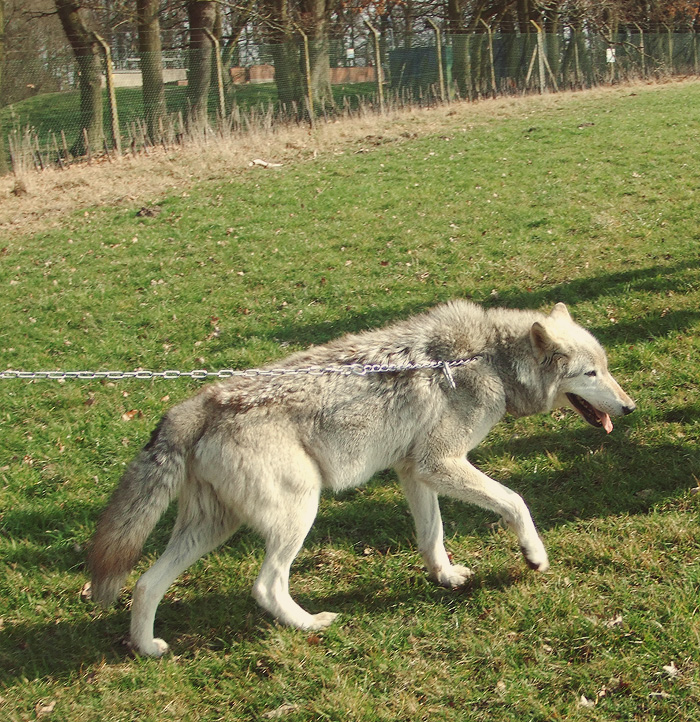 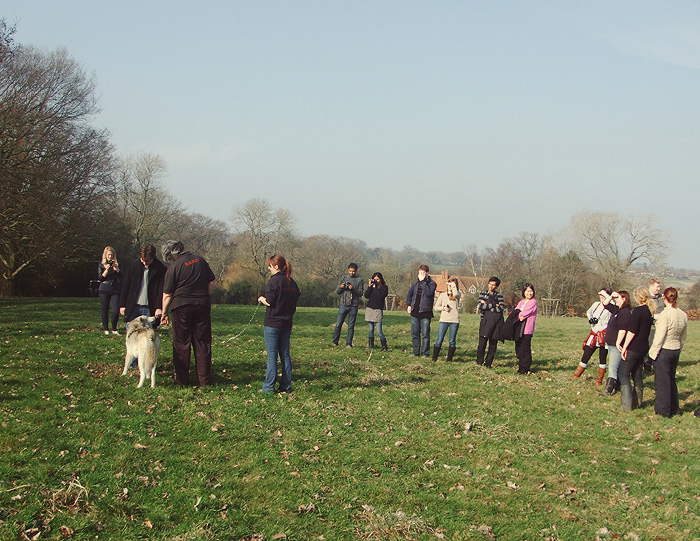 It was quite an experience! I was particularly interested in the differences between wolves and domesticated dogs, and in fact, the lack of differences! We all have wolves in our sitting rooms...

As well as the two wolves we walked with, they also have several others in large enclosures, including three massive Arctic wolves, which are still not a year old, and three 9 month cubs, which were very playful with the handlers, it must be fantastic to have the respect of such an intelligent animal, and be accepted into the pack to have a play! 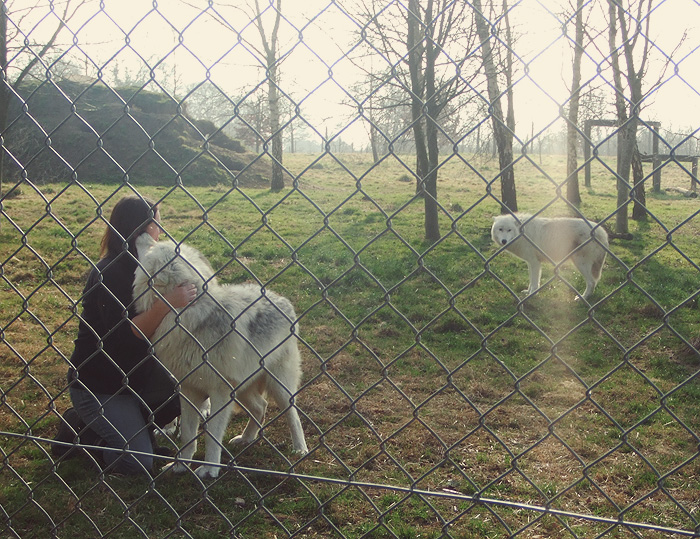 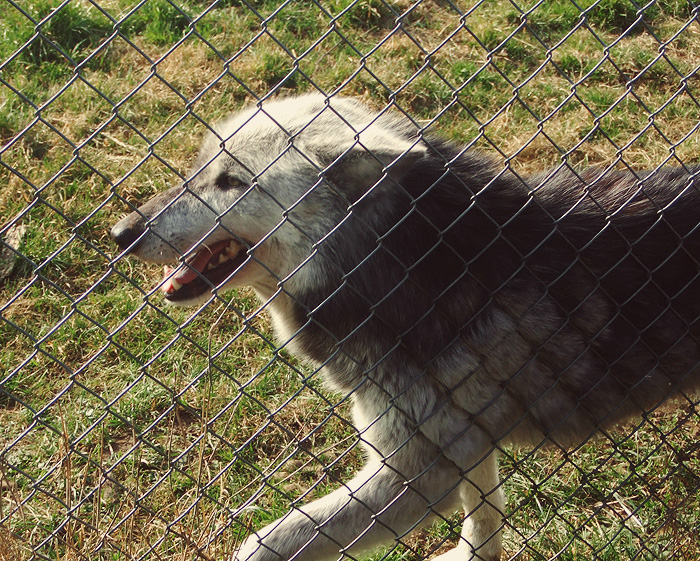 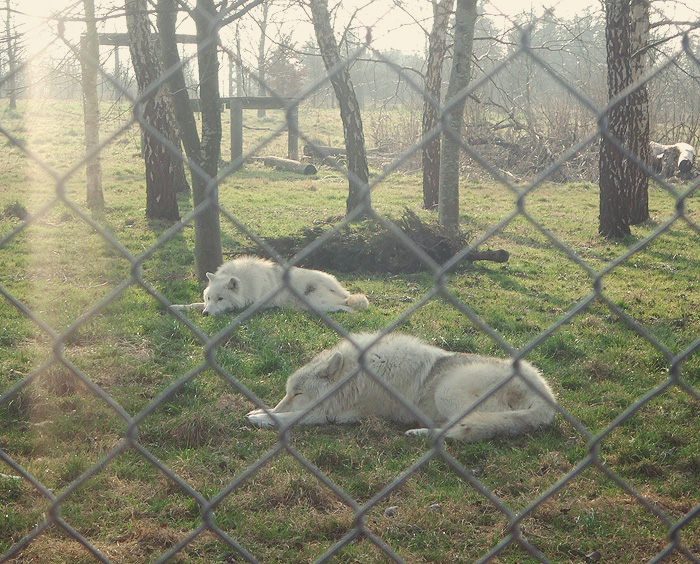 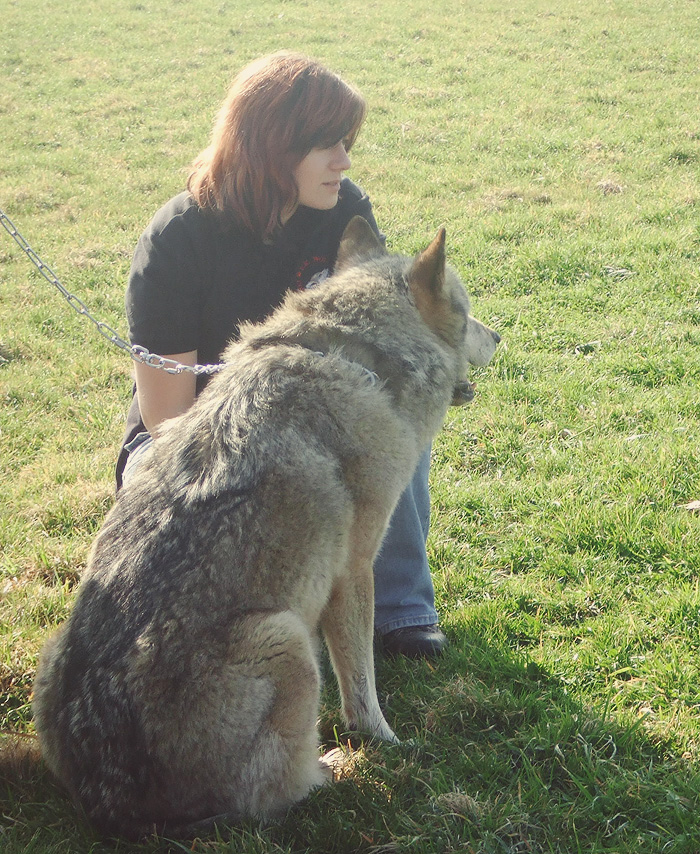 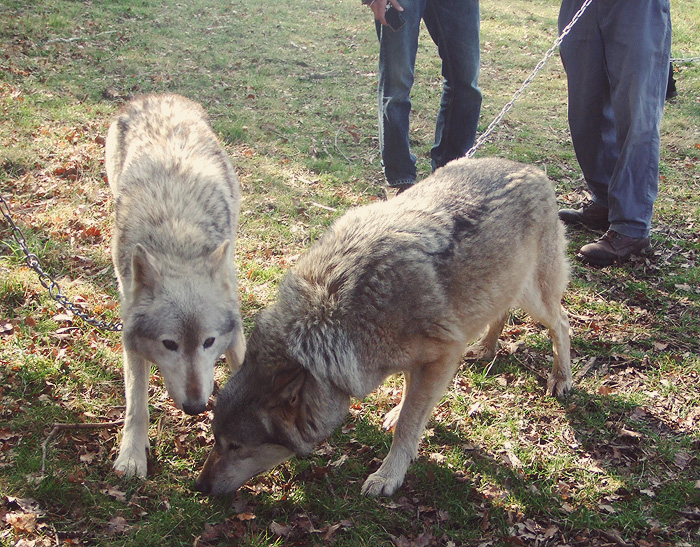 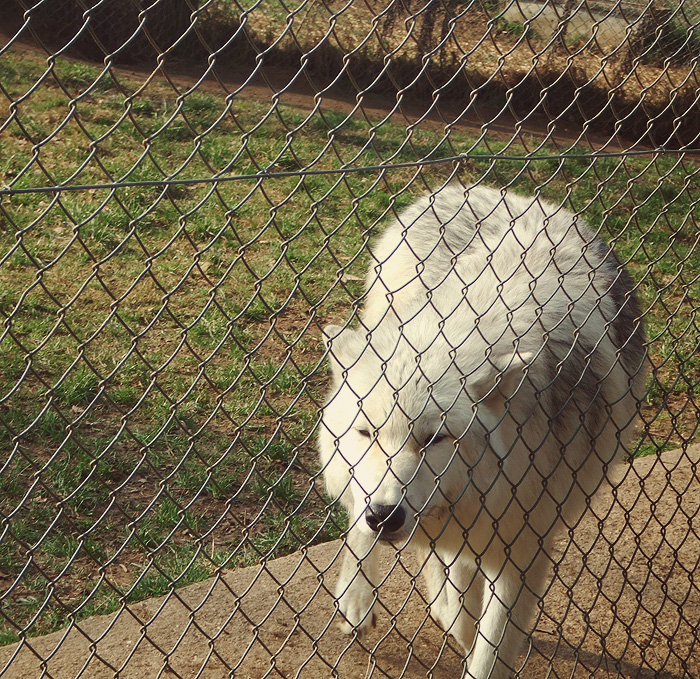 The Arctic ones were my favourites, they watched us each lunch in the sunshine :)
Posted by GreenCoffeePot at 20:52